Having an adequate chimney for your fireplace plays a vital role in the success of a good burning fire. A chimney has two primary functions – first, to carry undesirable combustion, also known as smoke, out of the house and second, to provide the draft that feeds air to the fire to keep it burning. The draft of the chimney comes from rising hot air. As the air flows up the chimney, many factors come into play to include:

When it comes to the height of the chimney, a tall chimney will produce more draft than that of a short chimney. For the diameter, this too has an effect on the draft. If a chimney is too wide, you could experience a problem in allowing smoke to cool excessively, which would slow down the draft. You want the diameter to be similar to the flue outlet diameter. Keep in mind that your chimney diameter should never be more than three or four times the cross-sectional area of the stove outlet. If you happen to have a chimney that is oversized, you should consider adding a liner with a flue that is smaller in diameter.

What Is The Ideal Chimney Location?

The construction of your chimney is also an interesting factor. A round chimney flue will draft better than a rectangular or square chimney. You should also consider having an insulated chimney that will make it easier for the draft and will stay warmer longer. When it comes to the tightness of your home, every appliance you currently have for heat has to have air to support combustion. If your house is too tight, there may not be adequate air to feed the fire.

Most people have no idea the importance a chimney plays but when it comes time to build or update your fireplace, keep this information in mind. For more information on determining your ideal fireplace, please feel free to use our expertise at Direct Fireplaces and contact us. 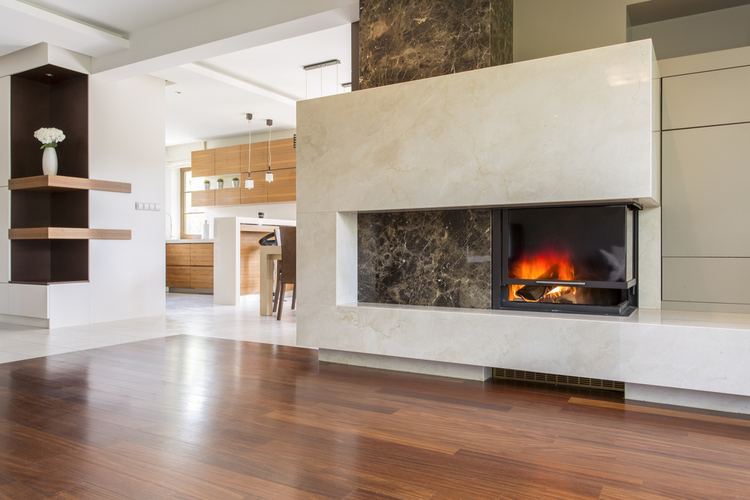 Check out our full range of fireplaces and gas fires.

Want a fireplace without a chimney?

We also do electric fires and flueless gas fires.