We think that electric fires sometimes get a bit of a bad press. Some of them might not have the same authenticity of a gas fire or solid fuel fire, but the fact remains that electric fireplaces are easiest and cheapest options available to people who want a fire in their home.

If you’re considering buying an electric fire but need a bit of a helping hand about what to look out for, the following guide will tell you all you need to know to make a more informed decision.

There are several different types of electric fire, each of which have a slightly different use. Here are the main types to choose from:

While traditional fireplaces require you to have a wall cavity to access a flue, freestanding electric fires require no such thing. They can sit flat against a wall but will look just like a regular fireplace when installed with a fireplace surround. This is obviously the perfect choice if you want a fire in a room without a chimney. 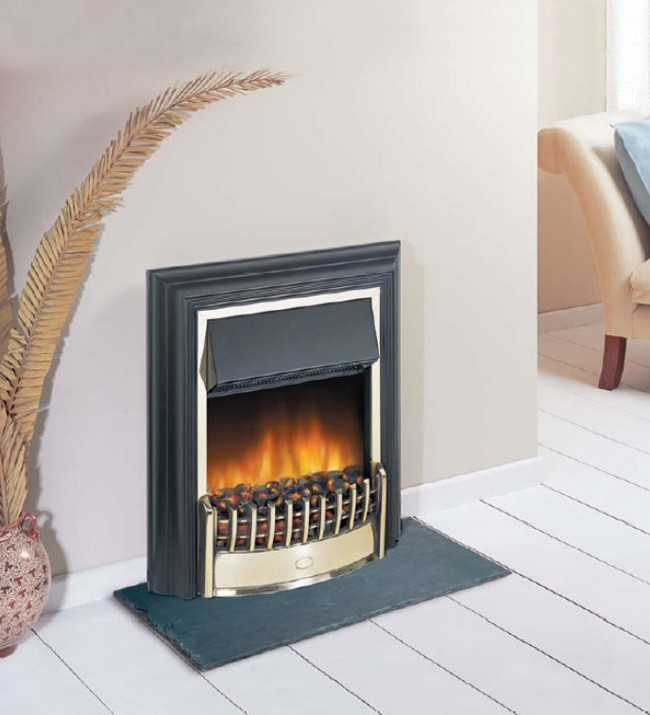 Inset electric fires, also known as recessed electric fires, require a hole in the wall in which to sit. This can be either a traditional fireplace cavity or specially created cavity. The result is a very slick looking fireplace that hides any cables and wiring inside the cavity. 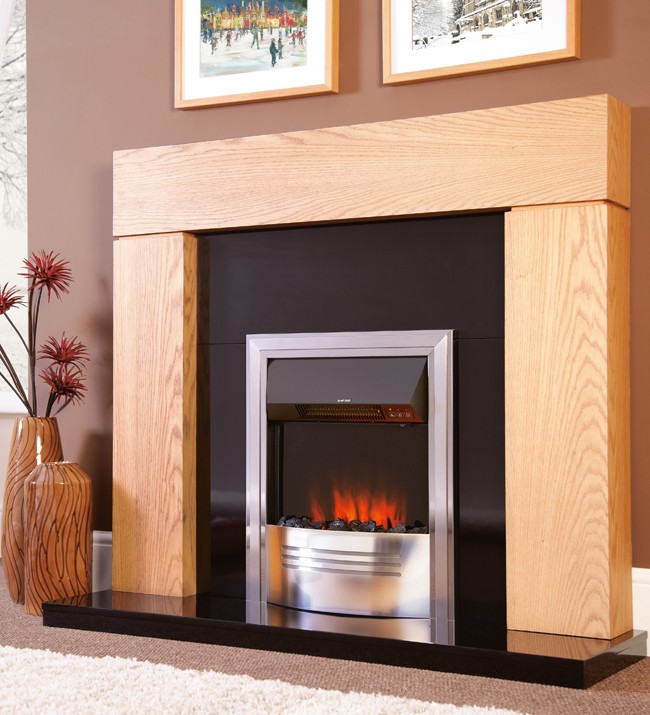 As the name suggests, wall-mounted electric fires hang on the wall. They’re a very contemporary looking style of fire so will fit well in homes with modern decor. They’re also a good choice for people with minimal floor space to work with or those who don’t have a cavity in which to fit an inset fire. 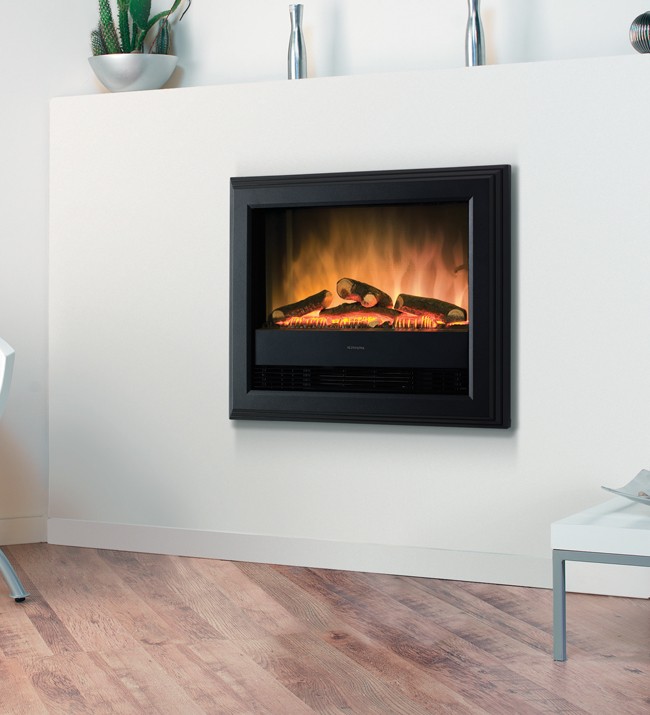 While electric fires with radiant bars aren’t considered the most modern of styles, they do have a certain retro appeal and still effectively heat your home.

Wood burning stoves are incredibly popular right now, but they’re not practical for everyone. You might not have a chimney, for instance, or a wood burner might be out of your price range at the moment. However, if you can’t have a stove but still love the look of them, then an electric stove is a great substitute. Electric stove fires look just like the real thing, are constructed from sturdy materials and produce a similar effect to regular electric fires – plus they’re usually much cheaper than regular stoves. 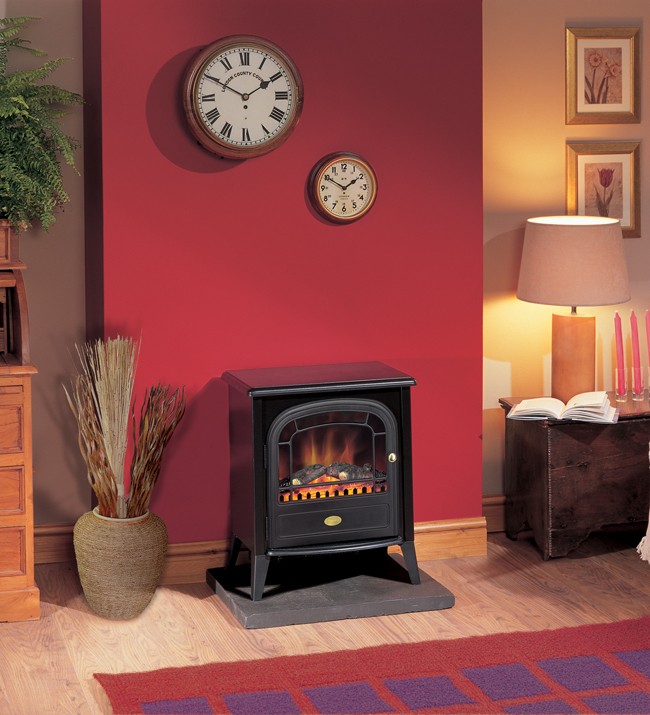 Obviously electric fires don’t deal with actual fire; instead, manufacturers have come up with several ways to recreate the effect to give the impression of a real fire. One of the most popular effects doesn’t actually look like fire at all, instead creating an ambient glow using lightbulbs under loose pebbles or under a coal or wood-effect fascia. This produces a smouldering aesthetic as if the fire has been burning for a long time. 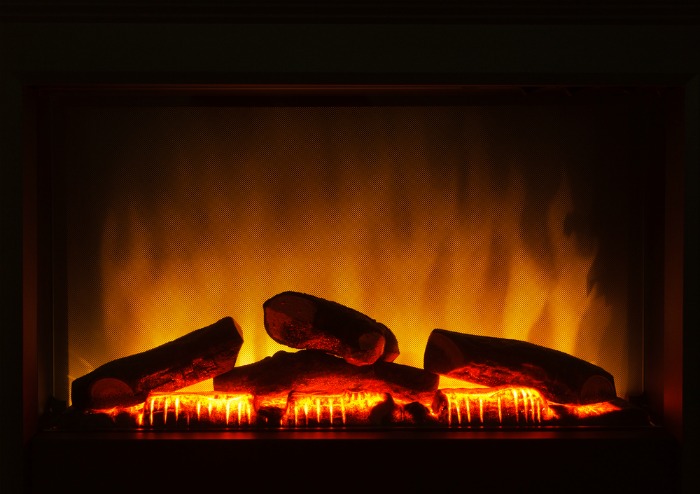 Another commonly-used flame effect is a ribbon flame. This effect is achieved by using a fan to blow air over a piece of ribbon to simulate dancing flames, while a bulb illuminates it from below.

However, technology has progressed somewhat over recent years, and many companies are now producing some pretty impressive flame effects. For example, some Axon electric fires use a special LED effect that use a rotating mirror to make a flickering effect, while Dimplex have come up with two very impressive flame effects for their electric fires – Opti-myst and Optiflame®. Opti-myst is particularly impressive, using ultrasonic waves and water vapour to create a more realistic flame effect. You can see Opti-myst and Optiflame in the videos below…

Similarly, Celsi have also upped their game when it comes to the flame effect of their fires. Their Electriflame and Puraflame technology is very realistic, the latter of which uses video of an actual fire filmed with a special 3D camera that allows you to choose different images. You can see them in these videos…

Take a look at our full range of electric fires that includes contemporary and traditional styles, as well as full electric fire suites if you want a surround to go with it. If you want any more assistance, please get in touch.